A legacy spanning almost 100 years which continues to this day, the Jones name is synonymous with first-class golf. We take a look at some of the family’s finest designs.

One of the most formidable dynasties in golf architecture, the Jones family have been involved with some of the most notable courses on the planet. Robert Trent Jones Snr blazed an enviable career, resulting in the commission for 18 separate golf courses to be built in Alabama, known as the Robert Trent Jones Trail – the biggest single golf course creation project ever undertaken by a single company.

Following their father’s passing in 2000, sons Robert Trent Jones Jnr and Rees Jones have continued to keep the family name at the centre of golf course design, restoration and renovation. With involvement in Major Championship venues, Ryder Cup host courses, as well as some of the most exclusive layouts on the planet, check out some of the best Robert Trent Jones golf courses to play for your next golf break.

An upcoming Ryder Cup host venue, Robert Trent Jones Snr originally laid out the design for the course in 1996. The layout was home to several professional and leading amateur events in Ireland through the early part of the 21st century, with Trent Jones’ signature bunker design and use of water prevalent throughout.

In 2015, J.P. McManus bought Adare Manor Golf Club, as well as the attached manor house and began to renovate the entire property to some of the highest standards imaginable. Following its reopening, golfers all over the world have flocked to this magnificent golfing destination, enjoying its off-course opulence almost as much as the course itself!

Part of the reason for Robert Trent Jones Snr utilising his middle name was to differentiate himself from the great Bobby Jones, friend and fellow 1930’s golfing celebrity. And whilst it was Bobby who was responsible for most of the design at Augusta National Golf Club, home of The Masters, Trent was twice asked to come to Georgia to help reshape some of the course’s most iconic holes.

In 1947, Robert Trent Jones Snr redesigned the iconic Par-3 16th hole, changing the orientation and turning it into one of the most well-known short holes in the sport – thanks in no small part to the drama it plays every year in The Masters.

The hole was so well received that the architect was asked to come back in 1950 to tweak the Par-4 11th. Making better use of the water to the left of the green, Snr played an integral part in the stretch of holes that later became dubbed ‘Amen Corner’, a name given to it just eight years later by a Sports Illustrated journalist following the 1958 tournament.

Book a golf holiday to The Masters
Find out more

Owned and operated by the Pebble Beach Company, and seen each year on TV as part of the AT&T Pebble Beach Pro-Am, Spyglass Hill was originally created by Robert Trent Jones Snr and opened for play in 1966. Taking inspiration from both Pine Valley and Augusta National, the course winds through Monterey pines and wasteland out towards the Pacific Ocean, testing the golfer throughout – particularly if playing from the back markers.

Interestingly, the furthest back tees here were originally called the ‘Tiger Tees’, well before the 15-time Major Champion was born! Spyglass Hill continues to be a favourite of Golfbreaks customers, as they look to emulate their PGA TOUR heroes, and is seen as one of Robert Trent Jones Snr’s most iconic designs.

Whilst the relaunched Adare Manor might be a newer ‘must-visit’ destination for our customers, a mainstay of Irish golf trips for years has been the iconic courses at Ballybunion. The Old Course has been open for play for well over a century, however, the Cashen Course was designed by Robert Trent Jones Snr and first welcomed play in 1982.

The designer was quoted as calling the environment “the finest piece of links land that I’ve ever seen”, and we’d find it difficult to argue, with the Cashen Course having a slightly more theatrical flair than The Old Course, thanks to higher dunes, deeper valleys, and more undulating green complexes.

Down in Austin lies the ‘Texas Triangle’, three Robert Trent Jones Snr designed courses at the Horseshoe Bay Resort. The designer has called the layouts some of the most interesting and varied layouts amongst his repertoire and we find it hard to disagree!

The Apple Rock, Ram Rock, and Slick Rock courses are set in ‘rolling hills’ country and offer spectacular views of the landscape. As you may expect from such an established and well-visited resort, it offers a fabulous welcome to all, with each course having a myriad of teeing options to aid golfers of all abilities. Make sure to grab a picture of your group on the Par-3 14th hole on the Slick Rock Course, known as the Million Dollar Hole, with its signature waterfall providing a mesmerizing backdrop!

Hilton Head is no stranger to great golf courses and the eponymously named Robert Trent Jones Course at Palmetto Dunes is no exception. It’s seafront location offers spectacular views throughout the 18-hole layout which was amongst the first on the island, ahead of Pete Dye’s famous designs at Harbour Town.

Palmetto Dunes itself also had additional courses added, by both Fazio and Hills, although the Robert Trent Jones Course remains both the most played and highest regarded.

Not all of Robert Trent Jones Snr’s designs were created to provide the hardest test of golf possible, and the Miller Course at Turnberry Resort is a hugely enjoyable addition to any Florida golf trip. The course only stretches out to 6,400 yards off the back tees, reducing the need for PGA TOUR-length drives. However, make sure to keep the ball in the fairway, with accuracy at a premium around here, thanks to the amount of water that comes into play throughout the round.

At the other end of the difficulty spectrum lies past Ryder Cup venue, and frequent Spanish Open host, Valderrama. Even the world’s best find this layout challenging, with the treelined fairways demanding both accuracy and enough distance to attack these tricky green complexes.

The course is in immaculate condition during the golfing season, with it being dubbed ‘The Augusta of Europe’. It really is a true test of golf in every aspect with any golfer playing to their handicap around this course surely having their game in great shape. This is certainly one of the best Robert Trent Jones golf courses in Europe!

Another Trent Jones course with Ryder Cup pedigree can be found at Celtic Manor, although this time designed by Robert Trent Jones Jnr. Initially laid out as the Wentworth Hills course, the design generated much praise in bringing a feeling of US-style golf to Wales.

However, following its announcement as the 2010 Ryder Cup host venue, the layout was redesigned for top-level tournament golf, and has gone on to be the jewel in the crown of the Celtic Manor Resort, one of the most visited golfing resorts in the UK.

Book a golf holiday to
Celtic Manor
Find out more

Poppy Hills and The Links at Spanish Bay

Following in his father’s footsteps, Robert Trent Jones Jnr has put his own mark on the Pebble Beach area at both Poppy Hills and the Links at Spanish Bay. Whilst Pebble Beach Golf Links and Spyglass Hill still catch much of the attention in the area, both are fantastic layouts and have been enjoyed by millions of golfers who flock to this section of northern California.

The Links at Spanish Bay

Poppy Hills was a long-time host of the AT&T Pebble Beach Pro-Am and features firm, fast-drying fairways, despite having a more tree-lined layout than some of the others in the area. Conversely, the Links at Spanish Bay is arguably the most ‘links-like’ design in the area, thanks to its seafront location on a former sand mine close to Monterey Peninsula Country Club.

Book a golf holiday to
The Links at Spanish Bay
Find out more
Fancy a top-quality golf break?
With over 400 course designs to show off, Robert Trent Jones is a genius when it comes to golf architecture.
Golf travel inspiration 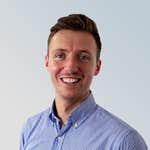