With more Open Championships to its name than any other course in England, we take a deep dive into what makes Royal St George’s such a special place to play golf.

Nestled in the tranquil settings of Sandwich Bay, Kent, Royal St George’s is arguably the most famous course in England and is the 4th most used Open host behind St Andrews, Prestwick and Muirfield.

Measuring 7,204 yards and a formidable par 70, Royal St George's is the course that finally gave Darren Clarke his first major victory in 2011 at The Open during a week in which players and spectators alike experienced four seasons in a day.

The third hole is a par three measuring 239 yards. Originally played as a blind hole over a hill to the right of the present green, it was lengthened by 30 yards for the 2011 Open. Mounds surround the green and they often send sliced shots back onto a two-tiered putting surface.

Putts from the upper level to a pin at the bottom are lightning quick. It is one of the most difficult holes on the entire Open rota - and it doesn't have a single bunker.

The 15th is 493 yards and a par four. A good drive between five bunkers will leave a carry over across bunkers to a small green that falls away to the right. If you miss the green and land on the left hand side and you will be left with a tough pitch over a bank.

The 17th is a dogleg measuring 424 yards and features plenty of swales and humps. The green is the fastest on the course; it’s slightly raised and is protected by bunkers on both sides.

The final hole is 456 yards long and is one of the toughest finishing holes in golf. The tee shot must be well placed, and the approach could give you nightmares, with a deep bunker on the right of the green and two more on the left. The green slopes from right to left and features a swale known as Duncan's Hollow that swallows the ball and leaves a horrible chip - just ask Sandy Lyle!

Feeling inspired?
Planning the perfect golf break in England? Be sure to add this Royal Club to the top of your list.
Browse a Royal St George's golf break 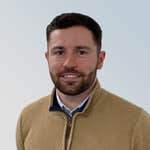 Best golf courses in the World