6 of the best courses never to host The Open

It takes a certain type of course to be trusted to host The Open and we think these courses have what it takes.

Hosting The Open is the ultimate testament of a golf course’s standing as a world-class layout. But what makes a golf course deserving of staging the most coveted championship in the game?

While fourteen courses have hosted the oldest major in its 160-year history, there are many more seemingly worthy venues that have never been bestowed the honour.

It's a mystery why Royal County Down, a course that many consider to be the best links in the world, has never staged an Open Championship.

Stretching nearly 7200-yards from the back tees and with an ever-changing wind providing as stern a test as any venue on the Open roster, there is no doubting that the links has the pedigree to host the coveted championship.

Nestled in the feet of the Mourne Mountains, and with spectacular views of the Irish Sea, the course is arguably the most spectacular of any layout in Great Britain and Ireland.

With over 100,000 fans descending on the venue for the Irish Open two years ago, it is little surprise that Darren Clarke and Rory McIlroy are among several players pushing for the stunning venue to be added to the Open roster.

With the Open heading to Ireland for the first time since 1951, it is surely only a matter of time before the world’s best players make their mark on this truly remarkable links.

There has never been an Open Championship in Wales, but if there was, it would surely have been staged at Royal Porthcawl.

Despite being consistently ranked as the country’s finest layout, the links, which lies between Swansea and Cardiff, remains relatively unknown.

Nonetheless, the course has staged a plethora of professional and amateur events, most notably the Senior Open in 2014 and 2017.

Meanwhile, the Walker Cup, Curtis Cup, Amateur Championship and European Team Championship are just a few of the many prestigious amateur events that have been played over the magnificent layout.

The course is truly spectacular, with the opening holes running along classic seaside terrain before rising to higher ground to afford fantastic views across the Bristol Channel.

Golfers travelling to Ireland are time and again blown away by the sheer quality of the golf courses on offer. Yet of the 149 total tournaments, only one edition of the event has ever been staged outside of Scotland and England.

There is a selection of exceptional layouts in Ireland that would be more than worthy than hosting a major. Few, however, can match the quality and drama of Portstewart.

Nestled amid mighty dunes and with panoramic views of the Atlantic mouth of Lough Foyle, the layout features one of the most spectacular front nines on the planet.

The host of 2017 Irish Open, the venue undoubtedly has the quality to welcome the world’s best players and has the history to match.

It has been said that Royal Dornoch would be considered the best links course in the world, were it not for its far-flung location at the tip of the British Isles.

In fact, consistently ranked among the top 20 courses in the world, and with a history the rival the most prestigious venues on the Open Championship roster, it seems inevitable that this Old Tom Morris gem would one day welcome the best golfers on the planet.

And yet, despite capturing the imagination of some of the most recognisable names in the sport, the spellbinding links has never hosted a modern professional tournament.

The reality is that some 190 miles north of St Andrews, the mesmerising layout is never likely to.

In many ways that only adds to its charm and a trip to the third oldest course in the world is a pilgrimage that every golfer should take at least once in their lifetime.

With one of the finest links courses in England, Saunton has long been considered the perfect Open Championship venue.

Situated on the stunning North Devon coastline, the course is played in the shadows of the mountainous dunes that form Burnham Burrows and carves its way through a pristine stretch of links terrain.

Unfortunately, at least from a golfing perspective, the lunar landscape that forms the backdrop to the course has been designated a UNESCO biosphere, and as a result the hordes of golf fans that descend on the Open each year are unlikely to be a welcome sight.

The East may have the championship potential but the West Course at the venue is every bit as enticing, and golfers should be sure to play both layouts on a trip to Saunton.**

Purists will argue that The Open must always be played by the seaside.

If the R&A ever decided to break away from tradition however Ganton would surely be at the first venue to be called upon.

Ganton is classic golf at its very finest, and with a list of influential figures reading like a who’s who of golf course architecture, it’s little surprise that the Yorkshire gem is consistently ranked among the Top 100 courses in the world.

The site was once a North Sea inland and as a result, golfers will find fast and firm fairways and a formidable collection of bunkers, over 100 in total, akin to many of the current courses on the Open Championship roster.

If the oldest major in golf ever came to Ganton, then the club would surely not be bowed by the occasion. This Yorkshire gem has a championship pedigree to rival any venue, most notably staging the Ryder Cup in 1949.

Book a golf break to
Ganton Golf Club
Find out more
Considering attending the next Open?
One of the most prestigious and oldest golf tournaments in the world, there is nothing like watching The Open championship live at the event. Check out our tournaments page for all our list of tournaments including The Open, THE MASTERS, Ryder Cup, Solheim Cup and The Players...
Find out more 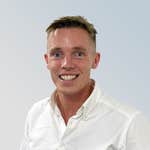 Everything you need to know about The Masters