What makes Portstewart one of the best links courses in Great Britain? We booked ourselves a round to find out more.

Nothing can introduce you to golf in Northern Ireland quite like facing a 35-mile-per-hour wind on the first tee at Portstewart Golf Club.

An exhilarating opener played through some of the highest dunes you will ever see, locals claim that Portstewart features the best first hole in golf and as you stand (or attempt to) looking down over the tumbling links terrain that folds away towards the ocean, it's difficult to disagree.

Even on a stormy October day, it’s hard to think of anywhere that could match the magnificent setting at Portstewart. The crashing waves of the Atlantic, the hills of Donegal and the River Bann provide the backcloth to this testing opener, which requires an expertly threaded approach between the mighty dunes which encircle the green.

It's the scene that led Jon Rahm to describe Portstewart as 'one of the most beautiful golf courses I have ever seen' en route to his victory at the 2017 Dubai Duty Free Irish Open. Furthermore, the Portstewart courses garnered plenty of attention when The 148th Open arrived at the nearby Royal Portrush in 2019.

It's also a beguiling introduction to a championship layout that has long been considered one of the finest golf courses in Northern Ireland.

Situated along the Causeway Coast, a rugged stretch long beloved by links purists and now synonymous with the Game of Thrones, Portstewart forms part of a holy trinity of golf courses that also includes Castlerock and Royal Portrush. Given the coastline's proximity to Belfast, which is cheap and easy to access from across the UK, the warmth of the welcome and the standard of the golf, it's little surprise that County Antrim is bucket list material for all lovers of the game.

Formed in 1894, Portstewart is home to three courses, including the Old, Riverside and Strand, which has played host to many top amateur events, including the Amateur Championship in 2014 and the British Ladies Amateur Championship the following year. Reopened in 1992 following an extensive overhaul by Des Giffin, the tumultuous landscape that now forms the opening holes at this classic links test have elevated the Strand course to must-play status and rightly earn this golfing heavyweight a place as one of the best golf courses in Northern Ireland.

Golf amid this mighty dune-scape is about as fun as it gets. Taming the formidable test, however, is no simple task with each fairway sculpted around the dunes, peppered with pot dunes and pummelled by a near constant breeze off the Atlantic.

With the enormous dunes over the opening nine giving way to less spectacular terrain on the inward half, there's no doubting that the closing holes by the riverside are somewhat less dramatic. If the back nine, played around the periphery of the dune system, mirrored the earlier drama, then Portstewart would surely rival Royal County Down and Royal Portrush as the country's finest offering.

Take a look at our Northern Ireland golf guide
Find out more
Feeling inspired?
Portstewart remains one of the best links courses in the UK & Ireland and is a must-play on a visit to the region.
Browse golf breaks to Portstewart Golf Club
IrelandUK & IrelandLinksBucket list 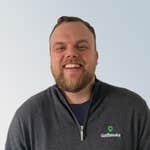 Out & About: Northern Ireland