Best golf courses in and around St Andrews

The pick of the best courses in the region!

For any visitor to Scotland, it must be absolutely thrilling to walk the fairways and witness the iconic sights for the first time. Driving into St Andrews itself is something to be savored, as that famous golfing skyline suddenly appears before your eyes. The experience of driving around the course with the R&A Clubhouse and Hamilton Grand in the background never gets old.

In 2015 the Old Course hosted the Open Championship for a 29th occasion, etching another chapter in that storied relationship. Winning the game’s oldest major at the oldest of courses is the ultimate prize for many.

Jack Nicklaus, like so many of the game’s great champions, has triumphantly raised the Claret Jug on that famous 18th green. In fact, he did so twice, in 1970 and 1978, before electing to end his fabled career at the most fitting of venues in 2005. For the Golden Bear it was love at first sight: "I fell in love with it the first day I played it. There's just no other golf course that is even remotely close."

For Tiger Woods, another two-time champion at St Andrews, the Old Lady is equally as enchanting: "Without a doubt I like it the best of all the Open venues. It's my favorite course in the world."

Playing the Old Course is something truly transcendent, with the feelings and emotions varying from each person lucky enough to have the opportunity. It is also an intriguing and immensely strategic course. There is nothing quite like it, and playing there is arguably the most magical experience in the game.

Throughout its long and storied history on the Open Championship roster, Carnoustie has developed a reputation as being one of the most difficult courses in the world. Situated in the county of Angus, on a windy day the challenge of the links is unrelenting to even the most skilled of players. Even when conditions are favorable, the ingeniously structured design of the Championship Course provides a stiff test for anyone willing to take it on.

Though it can be exacting, playing Carnoustie is an intoxicating experience. Tommy Armour, Henry Cotton, Gary Player, Tom Watson, Paul Lawrie and Padraig Harrington have all won the Open on this Angus links. However, it is the famous triumph of the legendary Ben Hogan in 1953 that continues to resonate with most.

Competing in the Open for the first and only time in his career, Hogan’s grit and determined personality appropriately reflected the challenge of Carnoustie. His triumph completed an historic hat-trick of titles in the Masters, U.S. Open and Open Championship, and he remains the only player to have won all three of those majors in the same year. His legacy continues to be felt on the 6th, which is aptly titled ‘Hogan’s Alley’.

3. The King's Course, The Gleneagles Resort

Perthshire is frequently described as the gateway to the Scottish Highlands, with the lowlands transforming into the mountainous peaks that are so associated with the north of the country. The Gleneagles Resort sits right in the center of it all – offering views of an expansive horizon. And, of the courses, the King’s is the best.

The King’s is an absolutely enchanting James Braid design, with an intriguing variety of holes throughout the layout. This is arguably one of the finest moorland courses in the UK, and is best experienced on a late summer’s evening with a low sun; the resulting long shadows bringing out the very best of what is a stunning piece of land. The Queen’s and PGA Centenary, venue of the 2014 Ryder Cup, are also on the stunning property and certainly not without merit.

Book a golf break to
The Gleneagles Resort
Find out more

Though Scotland is (rightly) famed and revered for its historic and fabled courses, there are some modern classics to be experienced; Kingsbarns is arguably the finest of them.

Just a few miles outside of St Andrews, the new links at Kingsbarns opened for play at the turn of the century, and it is a fine addition to any golfing literary in Scotland. Set on a stunning piece of coastline, this Kyle Philips design is blessed with generously wide fairways ensuring that the course is playable for all standards of golfer. It is this that makes it one of the most rounded experiences that you can enjoy in the area.

Its list of admirers includes leading professionals and an assortment of celebrities, with Kingsbarns now being an important part of the Alfred Dunhill Links Pro-Am Championship for well over a decade. For anyone visiting Fife and St Andrews, it is a must-play.

The Old Course at St Andrews may very well be the most famous course in the world, but another masterpiece can be found just yards from the revered Old Lady. The New Course is also very special.

It does seem a little ironic referring to a course that was opened for play way back in 1895 as ‘New’, but that’s exactly what it is when compared to the historic fairways that are sitting next door. The New was laid out and designed by the legendary Old Tom Morris, and he certainly produced a course that is a fine complement to its celebrated neighbor.

It is certainly more defined and conventional than the Old Course, which are qualities that have led a number of people in the local community to state that the New Course is the superior challenge. That assertion can easily be contested, but the course is unquestionably brilliant and thrilling in places, especially on the back nine.

Just a few miles from the legendary links of Carnoustie, the wonderful Panmure Golf Club is where Ben Hogan honed his game prior to winning the 1953 Open Championship.

Visitors to Scotland will be intrigued to discover that Panmure, unlike many links courses, doesn’t actually run alongside the sea at any point. Consequently, and it probably comes as a relief, it is relatively immune from the very worst seaside breezes that you can encounter on the east coast of Scotland.

Trees are also a feature on most holes of the course, which, alongside the plentiful gorse bushes, ensures that Panmure is a characterful, challenging, but certainly fair, test of links golf. Frequently utilized as an Open Championship qualifying venue, it does have a prestigious aura about it.

If you’re seeking a non-links course in Scotland, then you will struggle to find any more appealing than the Rosemount at Blairgowrie. It is a truly beautiful layout situated in the stunning county of Perthshire.

With its design having been touched by the legendary architects James Braid and Dr. Alister Mackenzie, you will discover an enjoyable design, and may detect some shades of Augusta National on some of the holes.

Challenging off the tee, the forest-lined fairways provide an ominous hazard for anyone suffering from a hook or slice. However, the frame of trees offer a satisfying element of tranquility, with each of the holes being totally separate from the others. In 2014 the Rosemount hosted the Junior Ryder Cup, and was also the site of Greg Norman’s first victory on the European Tour way back in 1977.

The Crail Golfing Society registers as the seventh oldest club in the world, with their present location at Balcomie Bay on the eastern tip of Fife serving as a spectacular backdrop for their two fantastic courses.

The Balcomie Links is the older of the two courses at Crail, and is an enchanting test for anyone who elects to play it. A unique layout, with four par 3s on the back nine, this Old Tom Morris courses was laid out way back in 1895, and features breath-taking views across the Bay.

There are some wonderful holes on the course, and don’t be fooled by its modest yardage of under 6,000 yards. It can be a challenge when a breeze blows across the links from the sea; however, it is certainly a playable course for any standard of golfer.

It may not be the most popular course on this list, but it may just be the most fun; particularly on a summer’s evening. It’s certainly worth visiting to pen your very own chapter at the Balcomie Links.

Five-time Open Champion, Peter Thomson originally designed the Duke’s Course at St Andrews, with the legendary Australian putting all of his knowledge and expertise into creating a wonderfully challenging layout.

The only non-links course to be found in the Auld Grey Toon, it is a heathland-style layout, featuring rugged bunkers and an assortment of characterful holes.

Commissioned and owned by the Old Course Hotel, it is a fantastic complement to the links courses in the surrounding area, and a very useful backup option for anyone who may be struggling to secure a tee-time elsewhere. The Duke’s is certainly a course that is waiting to be discovered by more people.

Monifieth was the site of Tom Watson’s inauguration into seaside golf, with the greatest links player of the modern era carrying those experiences onto nearby Carnoustie, where he claimed the first of five Claret Jugs.

The course possesses a number of similarities to Panmure, not least being of a high quality, and certainly offers a stiff challenge to all players. With its rugged and undulating fairways, the course runs alongside the railway line north to Aberdeen, with a plentiful number of trees and gorse bushes framing many of the holes.

Always in excellent condition, Monifieth should be included on the itinerary of anyone who is in the area to play Carnoustie. It’s a strong, enjoyable, and traditional test of links golf.

Book a golf break to
Monifieth Golf Links
Find out more
Feeling inspired?
The area of St Andrews, Fife, Perthshire and Angus is a wonderful place to visit for an unforgettable golf vacation.
Explore golf vacations in St Andrews 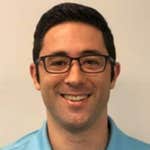 Top 10 items to bring on a golf vacation to Scotland

The 10 best golf holes in Scotland

Gleneagles: Under the Spotlight