We all have our favorites when it comes to Ryder Cup Courses but what makes them front runners? We explore and ask the question is Le Golf National the best Ryder Cup venue of all-time?

Le Golf National won't go down in history as one of best Ryder Cup venues in recent years, it won't even be remembered for having one of the most exhilarating closing stretches in the history of the biennial match-play event.

Instead, the Parisian venue will quite simply be remembered as a once-in-a-generation venue and as the dust settles on golf's greatest team tournament for another two years, you can't help but wonder whether any future Ryder Cup venue will ever top the 2018 host.

Views across Le Golf National during the 2018 Ryder Cup

Some will point to Europe's legendary camaraderie as the key behind their dominant victory in Paris, others the failure of Jim Furyk to placate the egos of his star-studded squad, who looked more disjointed than ever as they splashed and stumbled their way around Le Golf National.

But in truth, Europe's dominant victory can in no small part be attributed to the tournament's magnificent backdrop, a mighty amphitheatre that provided the ultimate setting for Europe's gladiators to do battle, and allowed the thousands of home fans who travelled to Paris to revel in the bloodbath that followed.

Book your place at the Ryder Cup
Find out more

As was expected, the L'Albatros course proved to be an extraordinary host venue for the biennial match-up, a tournament that in recent years has rarely been given the world-class setting that it deserves.

For a start, the risk-and-reward nature of the final holes perfectly suited the match-play format of the event and guaranteed plenty of drama coming down the closing stretch. It was on these final four holes that over 50,000 spectators gathered, some 20 deep in places, stirred by the roars that echoed around the stadium-like bowl, and all able to enjoy the spectacle playing out in front of them. With mounding strategically placed throughout the course, fans were able to sit and enjoy unobstructed views of the action from throughout the course, creating a carnival-like atmosphere that can perhaps only be matched by the iconic 16th hole at TPC Scottsdale.

Of course, there are plenty of reasons why the Americans did not live up to their star potential. But of all the contributing factors the reality is that they failed to adapt to a course purposefully set-up to suit a straighter, more strategic European team. Having grown used to competing over the flat, open layouts that dominate the PGA Tour calendar, America's long-hitters looked widely unaccustomed to dealing with the brutal set-up at Le Golf National, a course renowned for being one of the toughest on the European Tour.

It's a challenge that the home team, with 63 French Open appearances between them, was equipped to deal. And one that the American squad, known for their long-hitting prowess, was not. Le Golf National may have been a crucial weapon for Europe, but that takes nothing away from what was a remarkable Ryder Cup venue. From the ingeniously routed holes to the course set-up, Le Golf National was a once-in-a-lifetime host venue.

With 19 daily services from London St Pancras International to Paris Gare du Nord on the Eurostar there's never been a better time to play Le Golf National. Designed by Hubert Chesneau and Robert Von Hagge, Le Golf National opened for play in 1990. The course has risen from humble origins to become of the most fearsome venues on the European Tour schedule the course and has played host to the Rolex Series event since 1991, barring 1999 and 2001.

There are 45-holes at the resort, including the host venue to the 2018 Ryder Cup, the L'Albatross course. Located close to Chateau of Versailles the course is famed for its six hazards which come into play throughout, particularly over the fearsome final four holes. Yet, that's not to say that the L'Aigle course doesn't hold its own challenge.

Feeling inspired?
Step in the footsteps of some of the world's best players on your next golf break.
Find out more 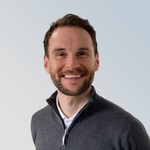 3 reasons to book a golf holiday to Italy