Think yourself as a bit of a Tiger Woods or Rory Mcilroy? We've got the low down on the Ryder Cup courses where you can follow in their footsteps.

Can there be anything more exhilarating than following in the footsteps of your Ryder Cup heroes?

Luckily you can. Venture to the fabulous inland venues that staged the trans-Atlantic match-up in its infancy, the revered links courses on the Lancashire coastline or jet off to sunnier skies to take on Real Valderrama. How many have you played?

How we would love to see the Ryder Cup return to this fabulous links, which last hosted the prestigious event back in 1969. Regularly ranked as the best golf course in England, Royal Birkdale has hosted the contest on two occasions. Jack Nicklaus, Lee Trevino and Peter Alliss were among the big-name players in the field during the latter occasion, which would prove to be the closest contest in Ryder Cup history.

The contest is perhaps best known for a remarkable piece of sporting by a young Jack Nicklaus, who would concede a two-footer to Tony Jacklin on the final green, resulting in the first overall tie in the matches’ history.

This storied venue has played host to ten Open Championships, less well known is that the historic Lancashire links has also staged two Ryder Cups, back in 1961 and 1977. The latter occasion would be the last time that Team GB and Ireland would compete alone against the dominant Americans, who by this point had won ten consecutive matches. The links is nothing short of a masterpiece and is famed for its formidable and cunning collection of bunkers, which guarantee that Royal Lytham is considered among the most difficult of the Open Championship venues.

This classic links is one of the most underrated courses on the Lancashire coastline. All too often overshadowed by its prestigious neighbours, Southport & Ainsdale has played host to two Ryder Cups, back in 1933 and 1937, with the earlier contest marking the last time Great Britain and Ireland would be victorious for over two decades.

A James Braid masterpiece, the rolling links is a testing championship layout, which plays its way through wild dunes and snarly gorse. The layout remains an Open Championship Final Qualifying venue and has played host to numerous top amateur tournaments over the years.

Gleneagles would host the first unofficial Ryder Cup, back in 1921 when Golf Illustrated invited a group of American players to compete in the British Open. It would be almost a century before the event would return to the Scottish venue, which serves up one of the most beautiful settings in golf.

Originally staged over the James Braid-designed Kings course, the 2014 Ryder Cup would return to the new edition at the resort, the PGA Centenary Course, with Europe recording a resounding victory.

Book a golf vacation to
The Gleneagles Resort
Find out more

The only course built specifically to host the world’s biggest team tournament, Celtic Manor would produce a scintillating contest in 2010, with the match coming down to the final singles pairing. Delayed till Monday due to poor weather, Graeme McDowell would finish off Hunter Mahan on the iconic par-3 17th to give Europe a one-point victory and continue their four-match winning streak on home soil.

The rolling parkland course in the Usk Valley forms part of the extensive Celtic Manor estate, which is also home to two further championship courses as well as a plethora of leisure and dining facilities.

Book a golf vacation to
Celtic Manor
Find out more 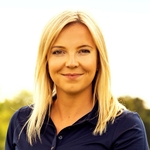 5 things to do at The Masters