When you think of Open Championship venues, the likes of St Andrews, Turnberry, and Carnoustie immediately spring to mind. But, despite being steeped in history, did you know that three venues have now been retired from the Open roster? We take a closer look….

Prince's may well be one of the UK's best-kept golfing secrets. Host to the 1932 Open Championship, the venue borders multiple Open hosts, the great Royal St George's, and occupies one of the most prestigious stretches of golfing coastline in Britain. Gene Sarazen, the first man to achieve a grand slam, would lift the Claret Jug that year, breaking the championship scoring record in the process.

The layout would be painstakingly rebuilt and redesigned by Sir Guy Campbell and John Morrison following WW2. Today, golfers will find one of the best links in the country and despite being somewhat overshadowed by its illustrious neighbor, the 27-holes at Prince's are fantastic layouts in their own right.

A recent renovation of the Himalayas nine by renowned architects Mackenzie & Ebert looks set to elevate the venue to heady new heights.

Royal Cinque Ports may well be the unluckiest venue in golf. Despite being awarded the Open Championship on four occasions, the Kent club has only ever hosted the oldest major in golf twice, with the most recent stagings in 1938 and 1949, which both ended up being called off for flooding.

It was a track record that saw the tournament moved to nearby Royal St George’s and the event is yet to return, although the venue has hosted the Amateur Championships and Open Championship Final Qualifying in recent years – a great privilege in its own right.

The layout is an absolute brute, with the final seven holes playing directly into the prevailing wind. Awkward stances, pot bunkers, and narrow fairways lined with wild dune grass only exacerbate the challenge.

Regardless of how well you navigate the challenge, Royal Cinque Ports is a course that will have you coming back for more time and time again.

As the home of the Open Championship, Prestwick has a history to rival some of the most prestigious and significant destinations in golf. The Old Tom Morris design would host the first 11 Open Championships, starting in 1860, where participants would compete over a 12-hole 3799-yard layout.

By 1925, the 24th Open Championship was to be held at the Ayrshire venue, but it became clear that the event had outgrown the compact course. It would be the last time Prestwick would hold the tournament, with Troon and Turnberry to assume the role of Open host on the West Coast of Scotland.

While it may no longer host the oldest major, Prestwick remains one of Scotland’s finest links. Visiting golfers will be transported back to the origins of the game. Rugged dunes, sleepered bunkers, and blind shots aplenty are all part and parcel of a round at this glorious links.

Book a golf vacation to
Prestwick Golf Club
Find out more
Thinking about attending a live golf tournament?
Watching the top golfing stars compete at prestigious, world-renowned courses is truly something special, and trust us when we say, there is no better place to capture the magic than first-hand, live at the event. Whether it’s THE MASTERS, The Open, or the Ryder Cup, check out our list of tournaments…
Find out more 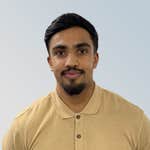 6 of the best courses never to host The Open