Dooks Golf Club: Under the spotlight

Venture to the South West of Ireland and experience a hidden gem in Dooks Golf Club, play the stunning links course that offers a round like no other.

Located in the south west portion of Ireland right on the coast of the Atlantic overlooking Rossbeigh Strand is where you will find Dooks Golf Club. Opened in 1889, Dooks is one of the ten oldest golf links in Ireland just a short 30-minute drive from Killarney.

When it initially opened, Dook only had 9- holes that were carved out of the coastal land until 1899 when another 9-holes were added. Over the years, there have been some changes made to the course, with the most recent coming in 2006 by Martin Hawtree.

Situated on the Wild Atlantic Way, Dooks is truly a “hidden gem” course just waiting for you to find on your trip to South West Ireland.

The course offers four different tee boxes with the shortest tees being 5360 yards and the tips playing at 6510 yards. While it isn’t one of the longest courses, the layout of Dooks is certainly one of the more interesting designs you will find in Ireland and arguably the most scenic of the courses in the region.

When you stand on the first tee box, you can see the rooftops of the town to your left, a beautiful mountainous backdrop straight ahead and a large dune obscuring your view to your right. Behind the dune on the right lies the rest of the golf course at Dooks. Adjacent to the opening hole, is the finishing hole playing parallel to hole one and the rest of the course weaves it’s way through the hilly landscape. Holes 4-7 and 10 border the water while the remaining holes play inland.

The signature hole on the course is the 13th, a 170-yard par-3 that plays uphill, sheltering golfers from the wind on the tee often making them misjudge the club selection. Throughout the course, you will find narrow fairways with minimal bunkering and undulating greens to make it more challenging.

For accommodation in the area, we would recommend staying in Killarney area with most of the golf courses being accessible within an hour’s drive of the city. In terms of accommodation, the Killarney Plaza Hotel is one of the best hotels in the town, but Killarney also offers plenty of other hotel options as well as B&B’s.

Feeling inspired?
Experience a once in a lifetime golf vacation to Ireland and play the stunning links course in Killarney.
Book a golf package to Dooks Golf Club 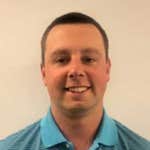 Marketing Executive, I assist with the development and execution of marketing strategies, campaigns, and social media pages.

Donegal Golf Club: Under the spotlight

Kingsbarns Golf Links: Under the Spotlight

Castle Stuart: Under the spotlight

Castlerock Golf Club: Under the spotlight