From Muirfield and Dunbar to North Berwick, explore the finest links on Scotland's golf coast...

Situated just along the road from Dunbar, if there was ever a course that could simply be described as ‘fun’, then it is the West Links at North Berwick. Unique, outlandish, but thrilling, it is unquestionably among the finest golfing experiences to be found in Scotland – not just East Lothian. It is also a hugely historic venue – believed to be the third oldest course in the world that is still played on its original fairways. Only the Old Courses of St Andrews and Musselburgh are older, and that sense of period certainly adds to the magic.

The West Links has proven to be very influential in the field of course architecture. The par 3, 15th is probably the most famous of all the holes at North Berwick. Named ‘Redan’, its design has been replicated on many courses across the world – including Riviera and The National Golf Links of America. When playing North Berwick, you will have to face pot bunkers, stone walls and undulations, just about everything you could imagine. It is the quintessential links course.

Book a golf vacation to Edinburgh & East Lothian
Find out more
Feeling inspired?
In terms of golf, East Lothian is about as rich an experience as you will find anywhere else in Scotland. However, when you throw in the majesty of Edinburgh and its attractions, you have a trip that might even surpass the other regions for memorable sights. It is Scotland’s Golf Coast.
Find out more 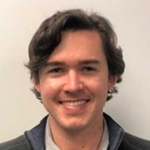 Golf Vacation Specialist, I advise clients on golf courses and accommodation options across the US, Mexico, and Caribbean

Out & about: Edinburgh and East Lothian